Sweet Temptations: books 1&2 are sizzling tales that break all the rules and combine lust, seduction and temptation. Loaded with drama and heat, this boxset will ignite your ereader and leave you panting for more.

Temptation at its Sweetest…

Temptation has never been so sweet…
Richard Martin’s life was only just starting to come back together, then she opened the door in that damn little black robe that shows off plenty of leg, and every curve.
She, Rebecca Blaire, the girl from downstairs. His babysitter.
She’s everyman’s fantasy, a big doe-eyed nymph, as beautiful as she is innocent.
Forbidden fruit in every sense of the word.
And she desperately needs his help, before her abusive father comes home and beats her black and blue.
Richard knew he should just walk away. It wasn’t any of his business really, and nothing good could come from going through that door, but then…
Some temptations are just too sweet to resist.

He thought his temptations were over, but they were only just beginning…
Until last week, Richard Martin was just another middle-aged guy. Married to a wife he loved, father to a son he adored, stuck in a dead-end job, just counting the days go by…
Then everything changed.
He made a mistake.
Now to save his marriage, he’s going to have to pay the price.
There’s just one problem, Scarlet Holmes.
His Supervisor.
She loves to play games with her staff and now, seeming very aware of his little secret, she wants to play a game.
And she always gets what she wants.
Because she just so happens to be The Boss’s Daughter.

Sweet Temptations: books 1&2 are sizzling tales that break all the rules and combine lust, seduction and temptation. Loaded with drama and heat, this boxset will ignite your ereader and leave you panting for more. 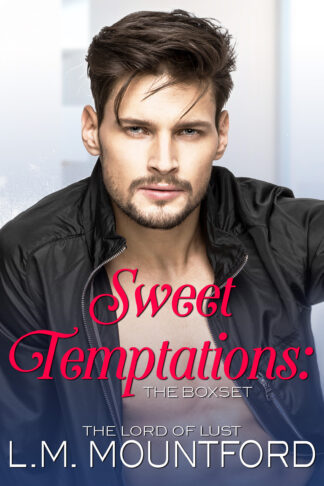